I’m angry right now. Actually, angry doesn’t describe how I’m feeling. Furious. Outraged. I’m so endlessly pissed off right now, I had to go put on my monkey hat to calm myself down. 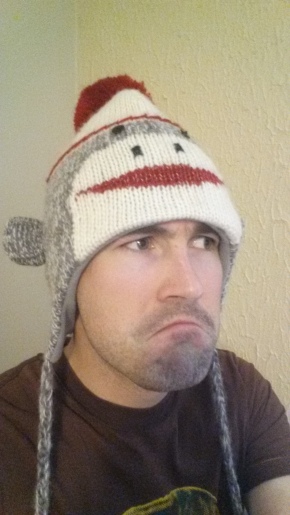 The Monkey telling me to relax

I’m angry about potatoes. Or rather, what someone else said about potatoes. He does not eat potatoes. Said he stayed away from anything white, like rice, flour, and yes, potatoes. Potatoes. The goddamn staple of a healthy diet. It’s a massive stone in the food pyramid.

Now, there’s a lot of diet garbage out there people love to fall for. There’s the Paleo, or caveman diet, which excludes all foods existing after the Neolithic era, like dairy, grains, and legumes. This an insane diet, as I’m pretty sure most cave people didn’t live longer than the ripe old age of thirty. There’s the Maple Syrup diet, made popular by Beyoncé. It involves drinking nothing but sugar water with cayenne pepper, as well as giving up all of a persons sensibility. There’s the No Carb diet, which is a weird one because carbohydrates are the basic fuel source that allows a body to keep being a body. And on the more extreme ends of things, you could get on board with the Parasite diet, where you make friends with a tapeworm who helps you finish those extra helpings you so desperately crave.

I love to cook, and I usually try to make everyone with dietary restrictions happy. You’re a vegan? No problem! I can whip up a bunch of tasty dishes with only vegetables, fruits, legumes, grains and nuts. Allergic to fish? We’ll do lamb, lamb is delicious, we’ll make a mint sauce to go with it. You’re sensitive to gluten? Well, you’re probably full of shit and for whatever reason decided that the damn staff of life is too good for you, but hey, usually that means an extra helping of vegetables for you and I won’t be passing you the garlic bread. You don’t want any fries? Sure, that’s okay, I can whip up some mashed potatoes for you if you… You mean it’s not the fried part? You… can’t have potatoes? Why? Because they’re fattening. Right. Gotcha. I’m just going to go ahead and pull up the Wikipedia page on potatoes… Ah, yes, right here. Pretty much no fat in a potato. Closer to zero than any substantial fat. But you’re still not going to eat them.

Anybody who walks into my house and refuses a helping of potatoes can leave. I mean that. You better have a damn good excuse for not wanting to take a serving of potatoes. The asshole who shows up to a dinner party and refuses potatoes is the same person who’s going to take four servings of cake because they’re hungry. Or they’ll need two steaks. Or you’ll find them in the bathroom eating all the Tums and squeezing a bottle of toothpaste down their throats. People who don’t eat potatoes shouldn’t be invited to dinner parties in the first place.

Potatoes are boring? You’re right, they’re incredibly boring. They’re boring because they’re so ridiculously packed with vitamins, minerals, and energy they don’t have room left over for taste. You can survive for weeks on potatoes alone. In the novel and the major motion picture ‘The Martian’, by Andy Weir, when the protagonist gets abandoned on Mars, you know what he grows to stay alive? He grows potatoes. He didn’t plant a field of Kale, he didn’t decide to seed a bunch of Goji berry bushes, the protagonist got straight down to business and grew potatoes. 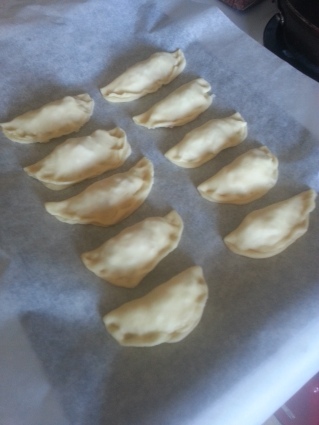 And if he had some flour, he could have made perogies

They are such an important food item that when Ireland ran into a shortage during the Great famine, people started dying. The people who weren’t dying drew up a modest proposal to eat babies. You know that party asshole who passed on the potatoes and instead ate all the macaroni salad? If you have a baby around, you keep that baby close, or otherwise Mr. TooGoodForPotatoes will get the impression that you keep the kid around as a second course.

The United Nations gave the entire year to 2008, calling it the ‘Year of the Potato’. Broccoli didn’t get a year dedicated to it. Anyone remember the year of corn? I didn’t, because there wasn’t one. You know what’s a terrible crop? Corn is. It’s nutritionally devoid of anything useful, and it makes lousy whisky. In fact, there’s only one hard choice when it comes to potatoes. Do I eat the potato now, or do I wait for it to ferment and drink it later?

p.s. And when people talk about being gluten intolerant. It’s bread! The goddamn staff of life!

p.s.s. Yes, the last line referring to fermenting potatoes is from Archer.

3 thoughts on “Eat Your Damn Potatoes”