Meat grown in a lab is something that scientists have been working on for a long time, and rightly so. Meat is expensive, taking up a huge amount of resources including time, energy and land. Factory meat is typically a terrible place for the animals themselves, usually corralled into small cages, fed poor diets, and treated poorly. There’s a number of videos that show people just how cruelly some of the animals are treated. Chickens with beaks cut off, cows being beaten, that sort of thing. Videos like these have changed millions of peoples minds, including a number of famous celebrities like musician Paul McCartney, director James Cameron, and actress Michelle Pfeiffer.

Not only is meat expensive, there’s some health issues as well. Cattle are fed hormones to make them grow fatter, pigs are fed a steady diet of antibiotics to prevent them from falling ill, and chickens are given Prozac to deal with the existential issue of being a chicken. Not only that, but you have to remember that meat comes from animals, and animals defecate on a regular basis. Although current practices tend to keep most of the shit off of your burger, you have to keep in mind that if you’ve eaten a steak or a drumstick, then you’ve definitely ingested some poop at one time or another.

There’s only one problem though; meat is really, really delicious. I mean, it’s amazing. Meat is simply a treat to prepare. Due to its protein cellular structure, it reacts much differently than grains, fruits, roots or vegetables. You can’t roast a potato the same way you can roast a roast. And this is coming from a guy who loves potatoes. You cant slow cook broccoli in a smoker for several hours. Vegans and vegetarians have the luxury of their choice because of the knowledge we have gained as a species in regards to plant diets. Hundreds of years ago, if you wanted to survive, you’d need meat protein.

Right now though, our meat consumption is not sustainable, and the world is demanding more of it. What if you could grow meat the way you grow vegetables? What if, under certain conditions, you could grow a lamb shank or a pork shoulder? Would that change the game, and would we be able to eat as much meat as we’d like without having to pen cattle and coup chickens up in cages?

Many vegans and vegetarians aren’t forgoing meat because they don’t enjoy it or they have certain dietary restrictions. They’re choosing to skip the steak because they feel bad for the animals. If the meat is grown in a lab, then no animal is actually harmed. In this light, lab grown meat could be considered ‘vegan meat’, and not that tofurkey nonsense. This would actually be meat without any cruelty or hormones or farm factory practices. If meat is grown in a lab, then you can control every aspect of it. You could control its fat content, whether it was more like beef or veal. In the future, you could have a mixture of meat grown to your specifications, like chickenfish, or quailmutton. The possibilities are endless.

Well, a group of people at Memphis Meats are working on those sort of things as we speak. They are growing meat, and it actually tastes like meat. They’re using animal cells to create meatballs  It’s better for the environment, it’s better for people, and you can certainly better for the animals. Synthetic meat is certainly something we’ll all be hearing about in the near future.

Would you eat it though? For a lot of people, even the idea of meat grown in a petri dish is a turn off. Would people become snobbier about food than they already are? Would restaurant advertise that they serve animal meat instead of lab meat? But what if you couldn’t tell the difference? Would a black market form, an secret underground meat market, where high powered cartels test meat the same way they cocaine?

What will happen to the farm lands of the world? A monstrous portion of our land is devoted to the production of meat, whether directly, or the vast amount of grains they consume. Not only would farms that dealt in livestock be affected, but the huge amount of land that would suddenly become unnecessary. Just as driverless cars are coming and will change the way we use transportation, synthetic meat is coming and it will absolutely change not only our diets, but our farmlands as well.

Would I eat meat grown in a lab? You can certainly bet I would. I’ve eaten plenty of weird things, and I plan on eating more weird things. There’s only one caveat; meat should be prepared to order, and this man likes his steaks rare as the dickens.

p.s. I once had a can of silkworm larvae once, I brought to a party. No one, including myself, could actually eat one. They smelled absolutely nasty. 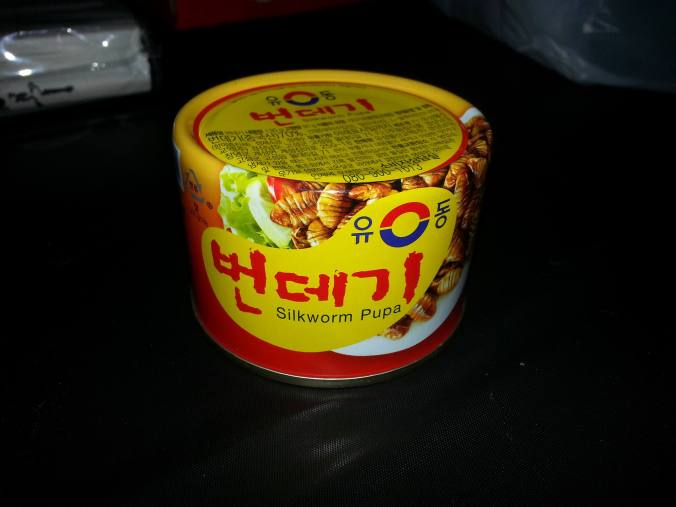 This was a horrible idea.