Clowns. They’ve been popping up in the media a lot more frequently than they used to. Clowns worldwide have been scaring the shit out of regular, honest folks. This new, viral, phenomena has taken the internet by storm, with people getting together, dressing up as creepy clowns, and trying to frighten others for the lulz. To give you an idea of exactly how bad the clown problem has gotten, there’s a Wikipedia page dedicated to clown sightings for 2016. Hundreds of clowns have been sighted over the world, most notably in North America. Clowns are now being banned from schools, from workplaces, and even entire communities. When did clowns become such a menacing part of our culture? Was it the Joker, from the new Batman films? Was it Stephen King’s IT? Or maybe it’s the fact a clown is currently running for president of the United States? 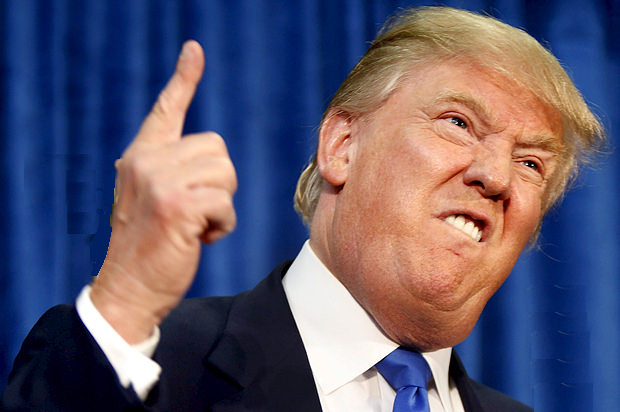 Scariest Clown sighting of the year

Here’s the kicker, people. I don’t actually remember a time when clowns were popular. I’ve never heard of a clown actually doing a birthday party, except in movies from the 80’s. I’ve seen clowns at the circus, but the circus is something I’ve only been to a handful of times in my life. I’ve never sought out clowns. I’ve never said to myself, “You know what, Mr. Charlton? This day needs more clowns”. In fact, the only time I can remember using the word clown is when I derisively call someone a clown.

I did some research. When I say research, what I mean is I typed ‘when was the last time clowns were funny’ into a search engine. And what I found will shock you.

Clowns have never been funny.

There’s a bizarre notion people before our time weren’t funny. I never really imagined the Romans sitting around, laughing their asses off because Julius made a snide remark to Anthony regarding his footwear, but sarcasm has been around for a while. There were also clowns, but looking through the lens of time shows us clowns were performers showcasing demon tricksters. Clowns showed both the light and dark side of humanity through pranks. What I’ve learned is clowns have been jesters, fools, and pranksters.

You ever met someone who’s a “prankster”? They’re assholes.

“It was just a prank, brah” is the calling card of these jester jerkoffs. Youtube is filled to the brim of dickheads who have confused sadism and masochism with humour. That’s what these clowns are about. The point I’m trying to make is this; clowns are greasy performers, not funny people. We used to laugh at them because they’re terrible human beings, not because they’re comedians.

Why have these clowns started popping up? We stopped laughing at them cruelly, which is the only way to laugh at clowns to keep them at bay. We’ve ignored them for too long. Clowns were ridiculed for years, derided and called out for their foolishness. This was the natural order of things. It was the way to drive the demon spirits away. In our age of extreme tolerance, we’ve forgotten that if there is one group of people who should be laughed at, it’s clowns. We, unfortunately as a society, collectively decided to take clowns seriously. We said “Maybe clowns aren’t so bad, maybe we shouldn’t be spraying them with water, hitting them with pies, or forcing them to pile in clown cars. Clowns deserve every opportunity the rest of us do.” And that’s led us down the dark path we’ve taken. A prominent clown is running for president. The media surrounding him is now a circus.

We’ve stopped laughing at clowns. I guarantee if this clown gets into office, then no one will be laughing for at least the next four years. What can you do, dear reader? If someone is acting like a clown, then make fun of them. They’re the necessary punching bag we need. Clowns serve a very important function in society, and that’s to provide the rest of us an outlet to express our rage and disgust. It allows the rest of us to get along. To not just tolerate out differences, but to celebrate them. Because is some clown is going to spray his face orange and turn democracy into a crazy fun house, then maybe they deserve to be taken down a peg.

p.s. This is going to be the last long form post I’ll be doing for the next month. November is NaNoWriMo, and every damn word needs to count! I’ll still be posting, but it’ll be more of a diary about trying to squeeze out a novel in thirty days.