A lot of you may have been wondering where I’ve been for the past month, minus the electoral upset taking place in the good ol’ USA. Well, I’ve actually been right here, typing out much smaller blog posts, and not spreading the word via social media. Mostly because unlike my longer, larger and more interesting posts, these were updates regarding my the little journey to write a 50,000 word novel in the span of thirty days. As of Monday November 28th at about 3:30pm in the afternoon, I crossed that finish line.  So bear with me as I talk about writing 1,667 words a day for the month of November.

It wasn’t all that hard.

Now, I’m not diminishing anyone else’s little victory, but I’m saying is not once during this month I felt stressed out by the thought of sitting down and writing a bunch. It never felt like a daunting task. All I had to do was make sure I was ahead of the daily quota, and to keep plugging away every day at it. Some days I only got 800 words scribbled down. Other days I managed to blow through more than 3,000 words. No matter the day, I managed to get some writing done. Not only that, on Monday, Wednesday and Friday, I still managed to give this blog an additional couple hundred words. I know some of the people here are writers themselves, so I’m going to whisk you away on an adventure into how Mr. Charlton managed to get so much writing done in so little time.

1) The novel (so far) is a complete piece of shit.

I’ll state this right off the bat; it’s not a good book. The characters stand around shouting exposition at each other. Sometimes a chapter will end with “And then they all went out to do the jobs they had to do”. There’s a couple of little flourishes in there that I’m proud off, there’s also complete chunks of novel missing, replaced with COME BACK AND WRITE THIS SCENE IN LATER or GO BACK AND CHANGE THIS CHARTER SO THIS PART WILL MAKE SENSE. I’d love to sit here and tell you I wrote a masterpiece, but I’d be full of it.

2) I still have a shit ton to write to make it an actual novel.

It ain’t over yet, I’m afraid. There’s still at least another two months of writing needing to be done before I could even call this a first draft. I’m happy I was able to complete the task National Novel Writing Month set out for me, but the truth is, 50,000 words isn’t a heck of a lot. Both science fiction and fantasy novels tend to be at least twice that number. Seeing as how this is a science fiction novel I’m writing, I’ve got a long way to go before I can actually call this a first draft.

3) Holy sweet Peter, is this going to require a hell of an edit once it’s done.

With the book being in bad shape, once it’s actually completed, the book will need a complete overhaul. There are sentences that will need to be pulled out into full paragraphs to better paint the scene, and there are entire paragraphs I’m going to have to widdle down into sentences because when you’re trying to get a word count in, you occasionally pad stuff.

4) Every damn novel ever written requires an edit once the first draft is complete.

What did I expect, that I was going to crap out ‘The Brothers Karamazov’ in the time frame of thirty days? Even a book like ‘The Brothers Karamazov’ needed an edit after the first draft and numerous edits after the first edit. Here’s some wonderful news; I like editing. I’ve got no issue going over things with a fine tooth comb and giving it some TLC. Heck, if you’re a writer out there and you want someone to go over a page or two of your stuff, pro bono, give a guy a buzz.

5) I learned I’m a fast typist, and I’m getting better every day.

Hand-eye coordination, people. Whoever told me video games were a waste of time can suck an egg. 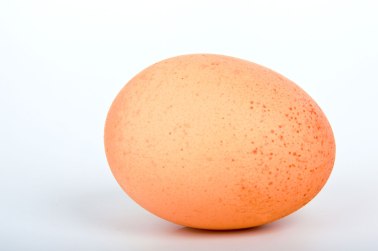 MAYBE HARD BOIL IT FIRST, AND GET A NUTRIOUS BREAKFAST, BITCH!

6) No such thing as the right time to write.

Picture a novelist. Maybe they’re in the nook of their home, a warm cup of coffee next to them, undisturbed. You’ll hear people say things like, “Unless the mood is right, and I’m in my special nook, there’s no way I can write”. Well, that’s fine and dandy for people living in some magical world that’s not populated by anybody else, but I live on planet Earth, and this shit can get wild sometimes. I would say that somewhere between 5-10% of this book was written on my phone. I’m on the bus and I have ten minutes? I can crank out 50 to a 100 words. I’m 15 minutes early to pick someone up? Another 100 to 200 words get put into an email and sent to myself. The right time to start something, whether it’s writing, or Ju-Jitsu, or learning to weld is right now. And if you’re lucky enough, the thing you want to learn is something portable, like writing or drawing or the harmonica.

Overall, I’m glad I did NaNoWriMo. I learned some things about myself, and because I hit the 50,000 word mark, I get a sweet deal on some killer writing software.

Don’t worry, next post I’ll be back to the usual garbage I normally write.

p.s. My other big secret is not having children. My lord, do I have so much wonderful free time to myself.

p.s.s. Seriously, if you’re an aspiring writer, send me your stuff. I’ll give it the classic Mr. Charlton once over.